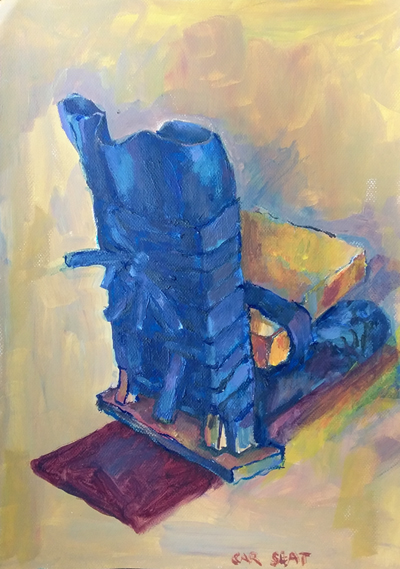 One of the interests that informs my work is the way that popular culture & religious culture can sometimes blend with a hybrid of images. I have spent time travelling around Italy & Thailand, both rich sources of the mysterious & the occasional oddment. I have lived in Marrickville (a place of many cultures & religions) for over 25 years. Each of these places has provided me with a rich source of the sacred & profane.”

Frank Littler: painter, cartoonist, woodcarver and printmaker, was born in the Sydney suburb of Kogarah. He studied at East Sydney Technical College in 1964-71 and served an apprenticeship in woodcarving before turning to teaching.  Since 1974 he regularly exhibited at Watters Gallery. Littler is in the collections of most state galleries, The National Gallery of Australia and many important private collections.